June 12, 2016
I've been working as a project manager on an interesting project named "Dadafish" for quite some time. The intention is to create a sharing economy platform for lifestyle teaching/learning. Put in a more straightforward way, an Airbnb for classes. 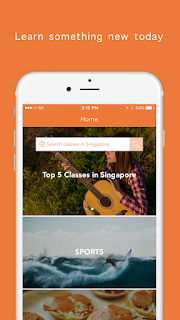 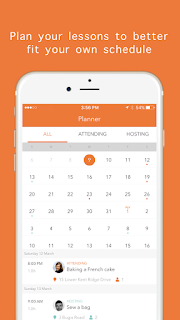 There is one assumption:  People are willing to pay to learn skills from amateur or semi-pros at a lower price.

Quite some ongoing arts classes in meetups are taught in cafe shops at 15-50SGD/session. It's an indirect validation of our assumption. There are also many free language classes in meetups and facebook groups. We did an experiment to validate the assumption by introducing a Japanese friend who's organizing a free meetup to teach Japanese. She doesn't have a certificate and she's currently teaching Japanese in meetups for free. The experiment class was charged at 15 SGD/h per person for a 3-4 pax group class. We posted the class and teacher info in a NUS student/alumni SNS group and three people signed up. One student who intends to travel to Japan with her parents, one working adult who's currently working in a Japanese company and one fresh graduate who's interested in Japanese culture. The class turned out to be really good despite the fact that the teacher is not a pro.

There were two local companies who tried the experiment before: Learnemy(C2C) and LessonsGoWhere(B2C). Both of them failed. Learnemy's lady went to Facebook to work. LessonsGoWhere just sold the company this year after a big loss with the introduction of SkillFuture program by the Singapore government.

In the states, there are also some companies tried that. One of them is SkillShare. They initially tried offline teaching but they failed to solve the location issue. Then they become a purely online learning platform.

The problem statement wasn't strong enough if we are simply another marketplace for people to find cool things to learn. That'll end up to be a supplementary platform of SkillFuture.

While meeting up with the founder of LessonsGoWhere, he's proposing the followings:

My partner Otto and I also met Bastian, a cool growth hacker based in Singapore.


For far, we are still trying very hard to find the product market fit. After visiting many space owners, lesson providers and students, we realised the biggest pain points for hosts in the learning platform are:


Used to think in the line that we can turn under-utilized spaces into a teaching hub. Another startup in NYC is currently working on that. That sounds interesting. Let's work things out.

Challenges are just getting started

September 02, 2013
It's my first month working with real projects(my real, I mean something that's going to be used by the public). It's so different from school projects. Every detail matters, from the backend logic to the page buttons. These two weeks, I worked closely with two talented designers, one from a well-established startup company named Umeng Analytics and another doing his own startup after quitting a mobile gaming company named HappyLatte. I know the first designer,PJ, in a hackathon. He is really talented, should be the best designer I've ever worked with so far. I persuaded Prof.Tung to send me to Beijing to work with him on the first prototype and it turns out to be a right decision. He is not only good at design, but also good at UX. He reads a lot. He already came up with a wireframe of the project. Next week, he's going to finish designing the first round of UI design(around 15 pages). The market price for a very good designer is around 5k RMB(1k SGD)/page, however
1 comment
Read more